Not Your Average Pizza: Sauce It Pizza Makes Waves in 30A 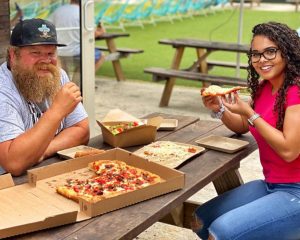 Chef Steve started his culinary career over 20 years ago and has lived all over the country. He’s pulled inspiration from Atlanta, with his Mexican-style soul food at Macho Taco and from Brooklyn, with his New York-style pizza at Sauce It. Dining with Chef Steve is an experience unlike any other.

We sat down with him for an interview on Facebook Live where he went over his favorite dishes, where he draws his inspiration, and why he chose to create his legacy in Destin/30A.

“Macho Taco is my very first restaurant. We opened at The Hub 30A and two months ago we opened Sauce It right next door,” said Bucalo. “Sauce It is a New York-style pizza restaurant that pays homage to my father and mother who are both from Brooklyn and Nassau County [respectively]. We’re Italian so we take pizza pretty seriously. So, I try to do that here in Florida.”

Chef Steve started his Florida tour about five years ago as the manager at The Hub 30A. He jumped at the opportunity to own his own restaurant when the opportunity presented itself about a year ago.

“Macho Taco is a Mexican-style soul food restaurant,” beamed Chef Steve. “We took some things from my southern background. We have a Southern Pride Smoker in the back. We are smoking brisket for 14 hours; pork butts, pork belly, chicken, you can get a lot of things here daily. We take those rich smoked meats and place them on a taco shell.”

Chef prides himself on his fresh approach to traditional Mexican dishes.

“Instead of making traditional pico [de gallo].” he said. “We pick cilantro to order for each taco and take a Vietnamese flare by chopping our ingredients fresh, including local cherry tomatoes.”

His approach to his pizza joint is similarly different and unique.

“We do pizza by the slice. We use traditional baker-style ovens, which I love, it just keeps a really consistent product. You don’t have too much char,” said Bucalo. “And then we do some things that are outside the box. We use cast iron. We do a Sicilian pizza in a cast-iron pan. The crust is buttery and thick. It’s a little bit of a take on a Sicilian and a Detroit-style pizza.”

Bucalo loves Destin and 30A, and says the views are what keeps him here.

“The beach is awesome. That’s what attracts people here and keeps them here. You wake up in the morning, if you have the chance, walk down to the beach and it’s beautiful, clear, and just an awesome place for family.”

If you’re looking to visit the Destin/30A area be sure to try out Sauce It and Macho Taco at The Hub 30A. You can book beautiful beach-front homes with Five Star Properties and Bliss Beach Rentals.

Home » Not Your Average Pizza: Sauce It Pizza Makes Waves in 30A 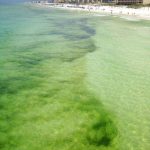 Everything You Need to Know About “June Grass”

📷:: Northwest Florida Daily News If you’re a regular on our Facebook page or you’ve been watching our Live Beach 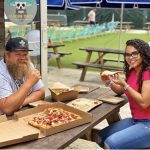 Not Your Average Pizza: Sauce It Pizza Makes Waves in 30A

From his signature Cold Pizza to his personal spin on the Sicilian, Chef Steve Bucalo is making waves along 30A 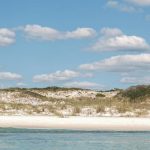 Image Courtesy: Somewhere Over The Sun Our very own Grayton Beach was recently honored with an award that goes back 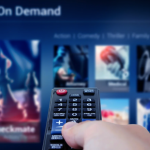 You might have recently found yourself with more time on your hands than you know what to do with. It’s