You might have recently found yourself with more time on your hands than you know what to do with. It’s probably been awhile since life slowed down enough for you to scour your television for the latest and greatest bingeable TV show. We’ve got you covered with five of our faves to keep you coming back for more. If you’ve been itching to catch up on what’s trending in pop culture, there’s no time like the present. 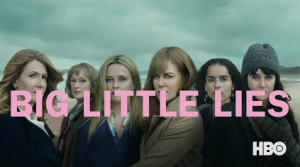 Cable TV is still here and still has some quality programming. At the top of our list is Big Little Lies. If you haven’t been living under a rock, then you’ve definitely heard of this critically-acclaimed masterpiece. The star-studded cast is reason enough to take a peek. If you don’t have cable, you can still catch up with HBO Go. 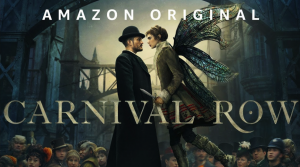 If you’ve got an appreciation for the mystical and fantastical, then Carnival Row is the show for you. Newly released this year to Amazon Prime, you’ll want to watch episode after episode as soon as the show begins. Orlando Bloom and Cara Delevingne star in a thrilling adventure to escape the day-to-day. 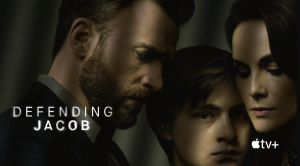 Defending Jacob will have you wondering who’s who from beginning to end. If suspenseful dramas are your jam, this show will have you have you on the edge of your seat. Chris Evans stars in the miniseries on Apple TV. 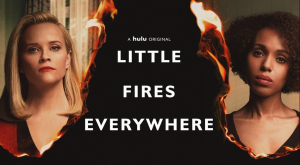 If you’ve been keeping up with us on social media, you may have already heard of this show from a previous blog post that we shared from Five Star Properties. They mentioned this title on their 5 Best Spring Reads post. The book got it’s own mini-series on Hulu and boy does it deliver. Reese Witherspoon and Kerry Washington star and they put on a show! 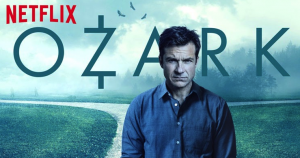 Ozark is an American-crime drama unlike any other. Netflix just released season two, making it perfect timing if you’re looking for a good binge session. Jason Bateman stars in the rollercoaster of a television show that will leave you wondering why you waited so long to join in on the TV marathon action.

Did any of your faves make the list? What are you currently binging?